16 facts and statistics about online piracy

Superheroes  - victims of their popularity 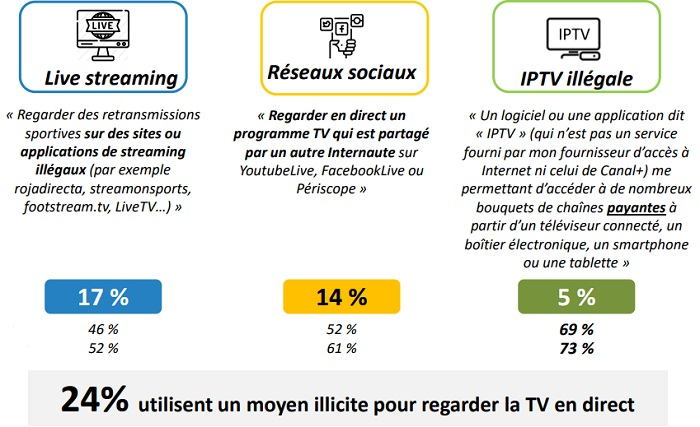 These statistics show that piracy is not decreasing and that it exists everywhere on the globe. Chinese cinema is now becoming the world's leading film producer. It is also one of the countries where piracy is almost not.

China and the rest of Asia are a major challenge for the years to come.

All types of content are illegally streamed and downloaded. Do not hesitate to hire experts, specialized in copyright protection if you need to protect your movie, TV Show, video game, sports event or ebook.

Contact us to speak with one of our experts and to discover our services!

Interpol and the I-Sop project: a solution for the future?

The international agency Interpol has recently taken an active interest in the problem by launching a large-scale project to fight against this phenomenon, noting that the extent of piracy is not decreasing. The Korean Ministry of Culture gave 2.7 billon Euros to finance this project.

"Online copyright piracy is a growing threat to Korea as well as to other countries around the world," said Hwang Hee, Korean Minister of Culture, Sports and Tourism.

The initiative has been announced in April 2021 and is called Stop Online piracy (I-Sop).

It should last five years and aims to combat online piracy using two leverage factors. One part of the project aims at targeting the creators and distributors of illegal content in order to dismantle the pirate networks, the other part being concentrated on awareness-raising.

Interpol already fights intellectual property crime, but this will be the first project explicitly targeting piracy.

The objectives of the project include

Next week we will reflect on the relationship between movie piracy and big events like the Oscars.